We have all experienced trauma and immense stress over the past two years. Living during a pandemic, working in completely different (and often stressful) environments, and representing traumatized clients can make it hard for attorneys to focus on their own mental health and well-being. Join us during National Emotional Wellness Month for a discussion about the challenges facing attorneys who represent workers and strategies to stay healthy (and encourage your colleagues to stay healthy as well). 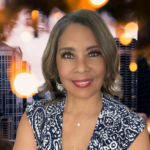 Lita Abella is a native of Southern California. Lita earned a Juris Doctor from Western State University College of Law in Orange County in 2004. Lita is a Senior Program Analyst at the State Bar of California, where she conducts outreach and is a MCLE presenter for the Lawyer Assistance Program (LAP). LAP assists law students, bar exam applicants, and attorneys with substance use and mental health issues. Prior to that, Lita worked as an investigator in the Office of Chief Trial Counsel where she investigated and assisted in the prosecution of attorneys for misconduct. She has been with the State Bar for 10 years. Lita has been a fitness instructor and a health and wellness consultant for over 23 years. She is nationally certified by the Athletic and Fitness Association of America. She is also a business owner for the past 23 years. Lita has served on many boards and committees within many organizations and entities. For the past seven years, she has been a Library Commissioner with the City of Azusa. 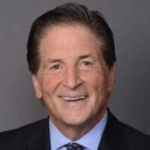 Brian S. Quinn is a licensed attorney in Pennsylvania who currently serves as the Education and Outreach Coordinator for Lawyers concerned for Lawyers of Pennsylvania, Inc., a Lawyers Assistance program established in 1988 for the purpose of helping lawyers, judges, and law students recover from alcoholism, drug addiction, and mental health disorders. Mr. Quinn obtained his undergraduate degree in 1970, his law degree in 1973, and a certificate in Drug and Alcohol counseling in 2012, all from Villanova University. He has also worked in the field of Alcohol and Drug Counselling at Mirmont Treatment Center and Malvern Institute in suburban Philadelphia. Mr. Quinn is a past member of the Board of Directors of Lawyers concerned for Lawyers of Pennsylvania and served as a peer volunteer for over six years prior to accepting his current role as the organization’s Educator. As LCL’s Educator, Mr. Quinn has conducted CLE presentations for Bar Associations, private law firms, and professional organizations in Pennsylvania, as well as for National CLE providers, on a variety of topics in the fields of lawyer wellness and impairment in the legal profession. 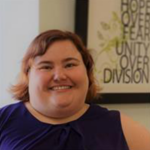 Free of charge and open to anyone.

Emotional Wellness is an awareness, understanding, and acceptance of your emotions, and your ability to manage effectively through challenges and change. October has been designated as National Emotional Wellness Month. NELA’s mission to empower workers’ rights attorneys includes ensuring our community knows how to achieve more balanced life and practice, and support one another.

Bernard Alexander, III prosecutes demanding private and public sector employment cases. He has tried over sixty cases to verdict with seven- and eight-figure judgments for claims of discrimination, harassment, and retaliation based on gender, race, age, sex, sexual orientation, and disability, among other things. Over the last 9 months his verdicts include: (1) $3 million for a security guard terminated for “job abandonment” after he took emergency leave from work to care for his school age daughter (February 2018); (2) $5.3 million for a 25-year FedEx employee fired after not having his disability accommodated (March 2019); (3) $1.3 million for CFRA retaliation, for a 29-year employee terminated before his return from leave (April 2019); and $100,000 in a Title IX retaliation case where a Girls’ Soccer Coach complained of unequal treatment compared to boys sports (Sept 2019). Board Member of the National Employment Lawyers Association; Past Chair of the California Employment Law Association; 2016 CELA Joe Posner Award Recipient; 2019 Top 100 Attorneys in California; Top 75 California Labor and Employment Lawyer (2012 to present); Top 100 Southern California Super Lawyers (2015 to present); American Board of Trial Advocates (ABOTA): Associate 2013.